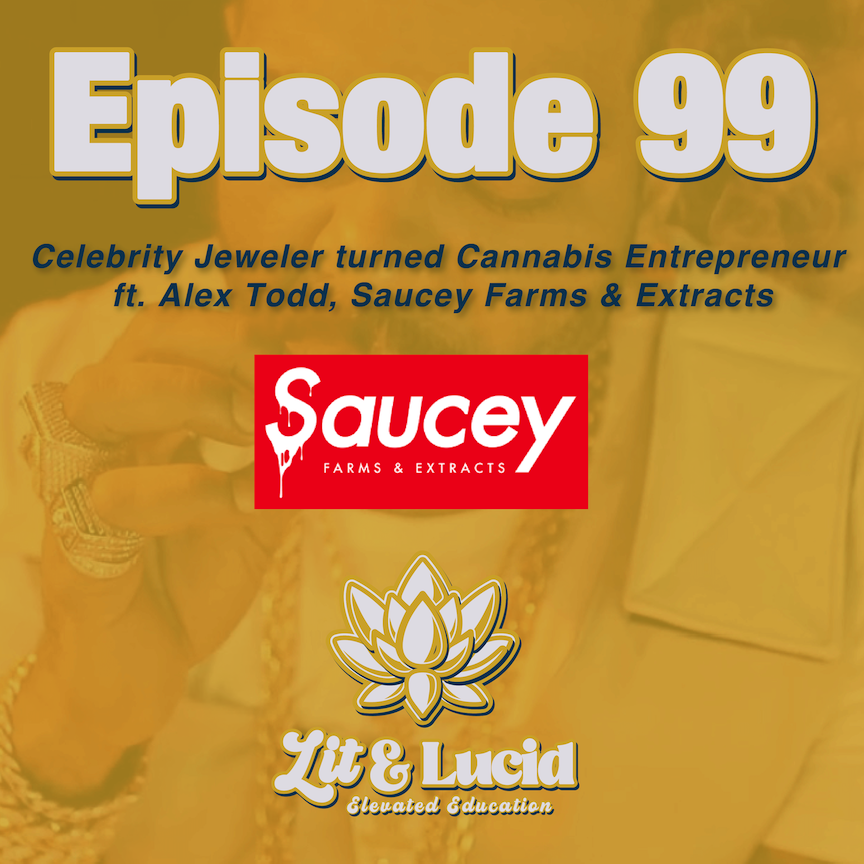 Subscribe to our show on Apple Podcasts, Google Podcasts, Spotify, Breaker, Anchor.fm, and beyond!

Alex Todd spent many years creating high-end jewelry for celebrities like Rhianna, Kevin Hart and Jay-Z. After being a cannabis consumer for over 20 years Alex knew what he wanted in his cannabis products so he decided to launch his own brand, Saucey Farms & Extracts in April 2019.

Saucey focuses on providing consumers with top-of-the-line luxury cannabis products with an exclusive, New York feel. Today Saucey Extracts is represented by many celebrities such as Rick Ross and Fetty Wap. Saucey’s even teamed up with Jim Jones to create their signature CAPO blunt so you too can feel like a celebrity while consuming these products.

Tune in to Episode 99 to learn more about Alex’s passion for the plant, his inspiration behind the brand and what he sees for the future of Saucey Farms & Extracts. 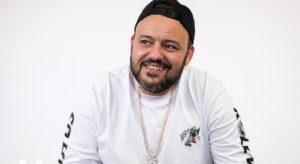 In April 2019, celebrity jeweler Alex Todd announced the launch of Saucey Farms and Extracts, a luxury cannabis brand with an array of products that are organically-grown, slow-cured and premium grade. Before the transition, Alex has been the personal jeweler for A-list stars such as Shawn “JAY-Z” Carter, Rihanna, Kevin Hart, etc. and handled all the prestigious Roc-a-Fella and Paper Planes chains that are the staple of Roc Nation athletes/entertainers like Big Sean, Fabolous, etc.

As part of the launch, Alex partnered with Jim Jones on an exclusive line of cannabis products called CAPO – named after Jim’s Dipset moniker – that would live under the Saucey Farms and Extracts umbrella. They launched Jim’s exclusive blunt line – the CAPO Blunt (Triple F’n OG) – as the inaugural product. It was one of the first pre-rolled blunts to come to market and it’s become the brand’s hottest seller in California and Oregon over the past year.

Saucey has quickly evolved into a favorite in the music industry, with celebrity fans such as Lil Uzi Vert, Rick Ross, Dave East, Rich the Kid, Fetty Wap and more.